The Many Legends of Karva Chauth Festival

Women continue to fast for their husbands on the day of Karva Chauth every year, but not many know the various stories and legends associated with the festival

The word `Karva’ means `a small pot of water’ and Chauth means `fourth’ in Hindi, which refers to the fourth day of Krishna Paksh (Krishna Paksh is a period of 15 days that begin from a full moon day), of the month of Kartik, as per the Hindu calendar.THE MANY LEGENDS OF KARVA CHAUTH

THE STORY OF QUEEN VEERAVATI

Once, a beautiful girl named Veeravati got married to a king.Veeravati was the only sister of her seven, protective brothers. On the occasion of the first Karva Chauth after her wedding, Veeravati went to her parents’ house. As per the rules of Karva Chauth, she observed a strict fast wherein she refrained from even having water the whole day , and had to await the moonrise to finish her fast. However, queen Veeravati was unable to bear the rigors of fasting. Her seven brothers, who loved her deeply , were very disturbed watching their sister suffer during her fast, and decided to end her fast as soon as possible by deceiving her.

After a discussion among themselves, her brothers reflected a mirror through a peepal tree’s leaves, rushed to her, saying the moon had risen. Veeravati believed them and wrapped up her fast, and began to eat. However, the moment she finished dinner, she was informed that her husband (the king) has suddenly fallen sick.

The queen rushed to the palace. On the way , she met Lord Shiva and Goddess Parvati. Parvati informed her that the king had died because the queen had wrapped up her fast early as she was deceived with a false moon by her own brothers. A shocked Veeravati asked the goddess for forgiveness and her husband’s good health. Parvati forgave her and told her that the king will be revived soon.But in order to achieve this, she would have to undertake the Karva Chauth fast once again, following all the rituals with complete sincerity .It is only after completing the fasting regime as per the instructions, her husband would recover completely .

Veeravati agreed, and on reaching the palace, she is aghast to find her husband in acute pain emerging out of the many needles that had pierced his stomach. Veeravati spends the next many days and weeks taking care of the ailing king.One day , when Veeravati sees her husband is recovering slowly and now, only a few needles are left on his body , she steps outside for some work. In her absence, one of the maids of the palace tries to remove the remaining needles from the king’s body . The moment she removes the last needle, the king turns back to normal, and strangely enough, begins to believe that the maid is his queen! By the time Veeravati returns, she sees that her queen’s throne has been granted to the maid by the king himself, who has declared her as his better half.

After a week, the annual Karva Chauth festival occurs again. This time, Veeravati fasts keeping in mind all the guidelines of the fasting regime. Upon completing it, she sees that the king’s memory is restored, and he recalls that it is, indeed, Veeravati, who is his wife and the queen. Veeravati gets her throne and the king back. In the present times, married (and many unmarried) women recite this particular tale of Veer avati during their puja on the evening of Karva Chauth, and wrap up their fast at night after the moon rises.

THE LEGEND OF MAHABHARATA

THE STORY OF SATYAVAN AND SAVITRI

Once, there was a couple Satyavan and Savitri. When it was time for Satyavan to part from his life, Lord Yamaraja (the lord of death) came to procure Satyavan’s soul. Looking at this, his wife Savitri begged Lord Yama to grant her husband life. When Yama refused, Savitri stopped eating and drinking. Looking at her unbelievable compromise, Yama gave in, and granted Savitri her husband’s life as an accolade for her penance. Since then, Karva Chauth is celebrated with great faith and belief in the fact that every woman can revive her husband’s life even from lord Yamaraja by observing this auspicious fast.

THE STORY OF KARVA AND THE CROCODILE

As per another popular legend, once, a woman named Karva was deeply devoted to her husband. One day , while bathing in the river, a crocodile attacked Karva’s husband.A brave Karva ran to the river, bound the crocodile with a cotton yarn, and then rushed to Lord Yama, pleading him to send the cruel crocodile to hell. When Yama refused to give in to her demands, Karva threatened to curse him. Believing in the fact that a devoted wife’s curse hardly fails, a scared Yama accepted her request, and had to send the crocodile to hell (Yamalok). He also blessed Karva’s husband with a long life. Hence, the Karva Chauth fast is named after her.

This site uses Akismet to reduce spam. Learn how your comment data is processed. 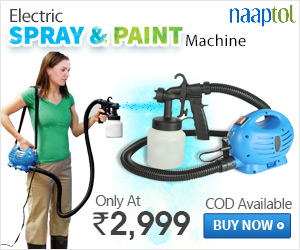